It is believed by some that terminological curiosity known as 10x Engineer comes from the same chaotic environment that was behind those notorious syntagms such as – Tech Ninja, Rockstar, Super-Fluffy-Code-Messiah etc. But what does a 10x Engineer represent?

According to several tech-savvy sources, it is also believed that a 10x Engineer is someone who’s able to be as productive as 10 other Engineers with the same job description would be. This seemingly mythical figure is bound to produce 10 more times of positive outcome than their colleagues.

Back to the origin

Every time a community is divided and social networks are on fire, you can’t help but wonder if it was all generated by research. The 10x Engineer also originates from a study, what a plot twist.

To Whom it may concern, this trend saw the light of day for the first time back in late 1960es. Sackman, Erikson, and Grant were the first experts to look into this topic, by conducting a study that included a group of programmers with 7 years of experience and a similar background. Their objective was to prove there is a difference between their accomplishments and the amount of time it took them to write the code, debug, and execute.

This research was flawed since these scientists didn’t pay enough attention to each participant’s tech stack. However, their methodology still did show there is a huge difference between “the best” and “the worst” engineers. Numerous studies that came afterwards have managed to defend this theory and prove Sackman, Erikson, and Grant right.

Theories like these were also constructed around other occupations and different fields of interest or expertise – sports, writing, police work etc. Studies have shown that some professionals from these areas also tend to obtain higher score or better achievements than their teammates or colleagues.

Even though this trend doesn’t seem as fresh now that we have looked into its background, it’s still causing hilarious debates.

The topic itself is worth thinking through, but making fun & pun out of a current 10x Engineer status has never been this easy – thanks to Twitter and similar social media in the first place.

The main two fractions of active Twitter users are divided by one sole question – Does a 10x Engineer even exist? While there are many theories out there that mention Leprechauns and all sorts of Rivendell disciples, there are also some present-day facts that speak in favour of 10x Engineers.

10x Engineers are among us.

So, the first theorem that supports the existence of these Engineers says – it’s possible to have a team member who is simply more productive than any other developer or engineer in the team. Only in this particular case, the measurement of their outcome has caused a sensation among communities. Saying someone is exactly 10 times better than the rest does seem a bit excessive.

Each individual in each team is different and it makes perfect sense if one Engineer drove more results than his colleague at a certain point, due to several factors. But it’s basically impossible to measure their permanent outcome with accuracy. There are way too many variables in this calculation. One of the most significant factors that influence productivity and someone’s positive output is often the project itself.

Levels of technical epithets and labels

Productivity might be an important identifier in terms of being 10x Engineer, but there are several other skills that Supercalifragilistice Unicorns are made of.

Of course, tech stack is what plays a significant part here. Which leads us to untangle a terminological mess:

Yes, and yes. There is a difference, and being a 10x Engineer also makes you a Full-Stack. Those who have seen a real-life 10x Engineer state that they are deeply familiar with several technologies, equally or almost equally proficient in a few programming languages, and are skilled in multiple useful frameworks. But they are also faster than most Engineers and are capable of obtaining better results. No real superpowers were mentioned.

Some eyewitnesses even say that those who have reached a 10x stadium don’t even code any more. They moved toward C level positions.

The unbreakable bond between Engineers and their right to memes

Not all Engineers strive to become (or to believe in) 10x Engineers. As a result, the jokes that follow discussions regarding this topic are priceless. The amount of newly developed memes has reached a 20x level by now.

There are many experts out there who classify 10x species as brilliant jerks. Spotting a 10x Engineer means paying attention to their punctuality (or the lack of it) and their unwillingness to attend meetings, meetups, team buildings and similar activities.

Recruiters are overwhelmed by similar questions and concerns. How to recruit a type of Engineer who’s partly taken for an imaginary candidate? The answer communities came up with is they can’t be recruited, you can only move straight forward and hit them with the best offer.

Developers are also questioning the necessity to hire such people. Are companies really in desperate need of individuals who would do 10x more than most? If you’re a believer and wouldn’t hesitate to acknowledge the existence of 10x Engineers, would you be that eager to hire them? If you looked thoroughly into Twitter reactions (the ones posted by Engineers, Developers, Entrepreneurs, Start-up enthusiasts etc.) you’d see they are pretty unanimous – 10x Engineers would be lousy team players and their employment would eventually lead to creating a toxic working environment.

Basically all roles nowadays are based on the usage of modern technologies and all industries are becoming digital in a certain way. There’s plenty of room to grow, to learn new skills and to adopt more knowledge. Choose your tempo and try not to get distracted by modern-day psychologists, researchers, numerologists, prophets or loud business owners who’d persuade you to become a statistic.

And since productivity can easily be affected by weather, low-carb diet, insane deadlines, grumpy managers or traffic malfunctions – it would probably be the best if we just strived to boost it daily.

Back to all blogs

So, You Still Don’t Have a Technical Co-Founder

Designers: Build an Instagram Portfolio You Can Be Proud Of 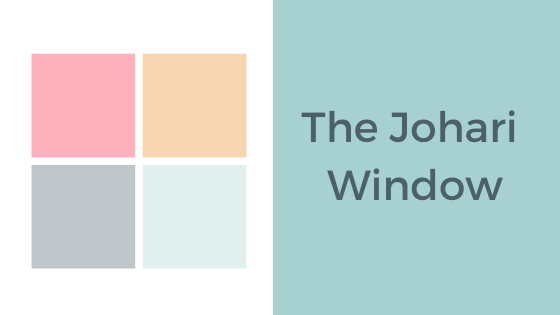 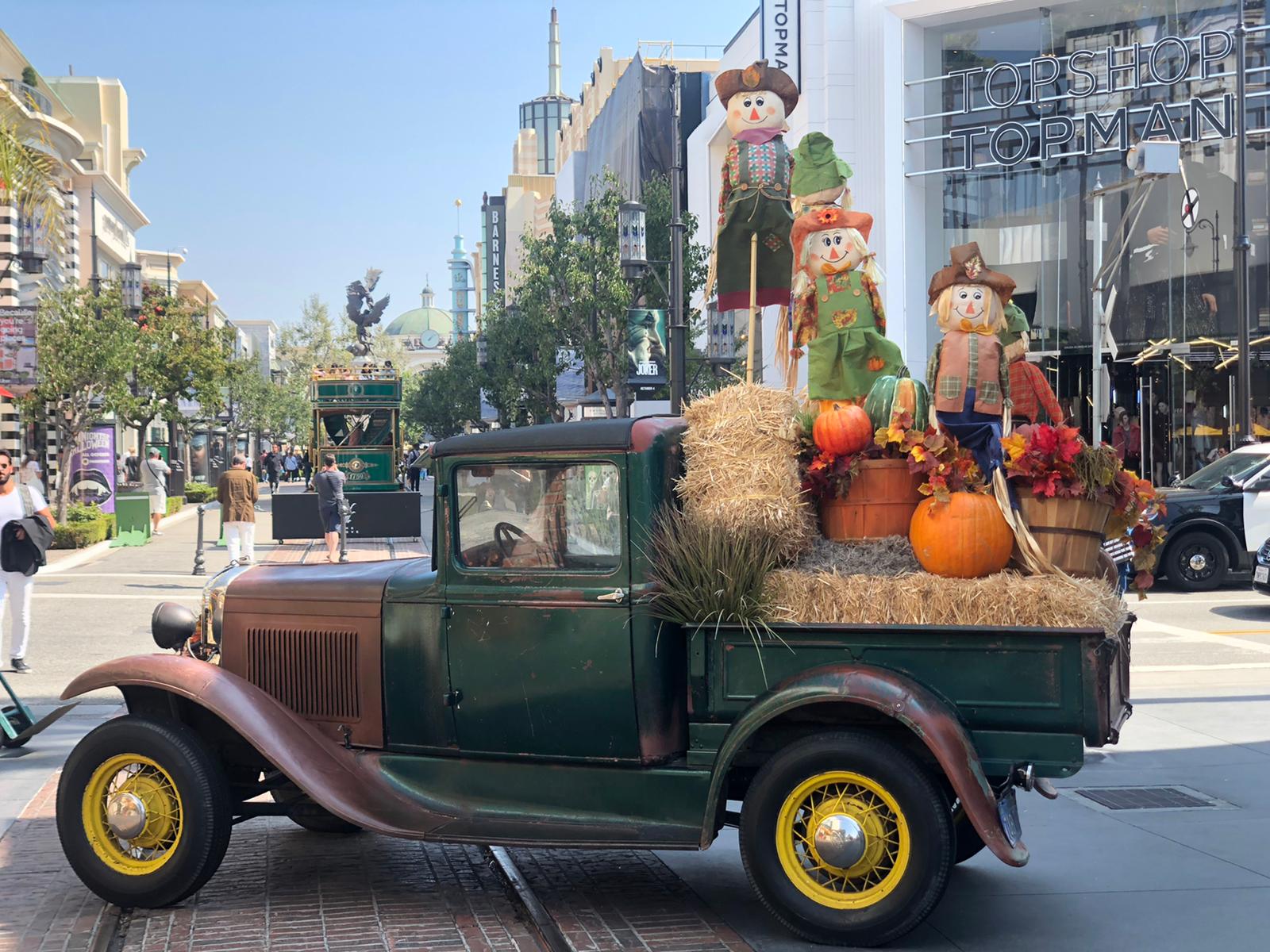 All Those Times Candidate Recruitment Experiences Gave Us Chills 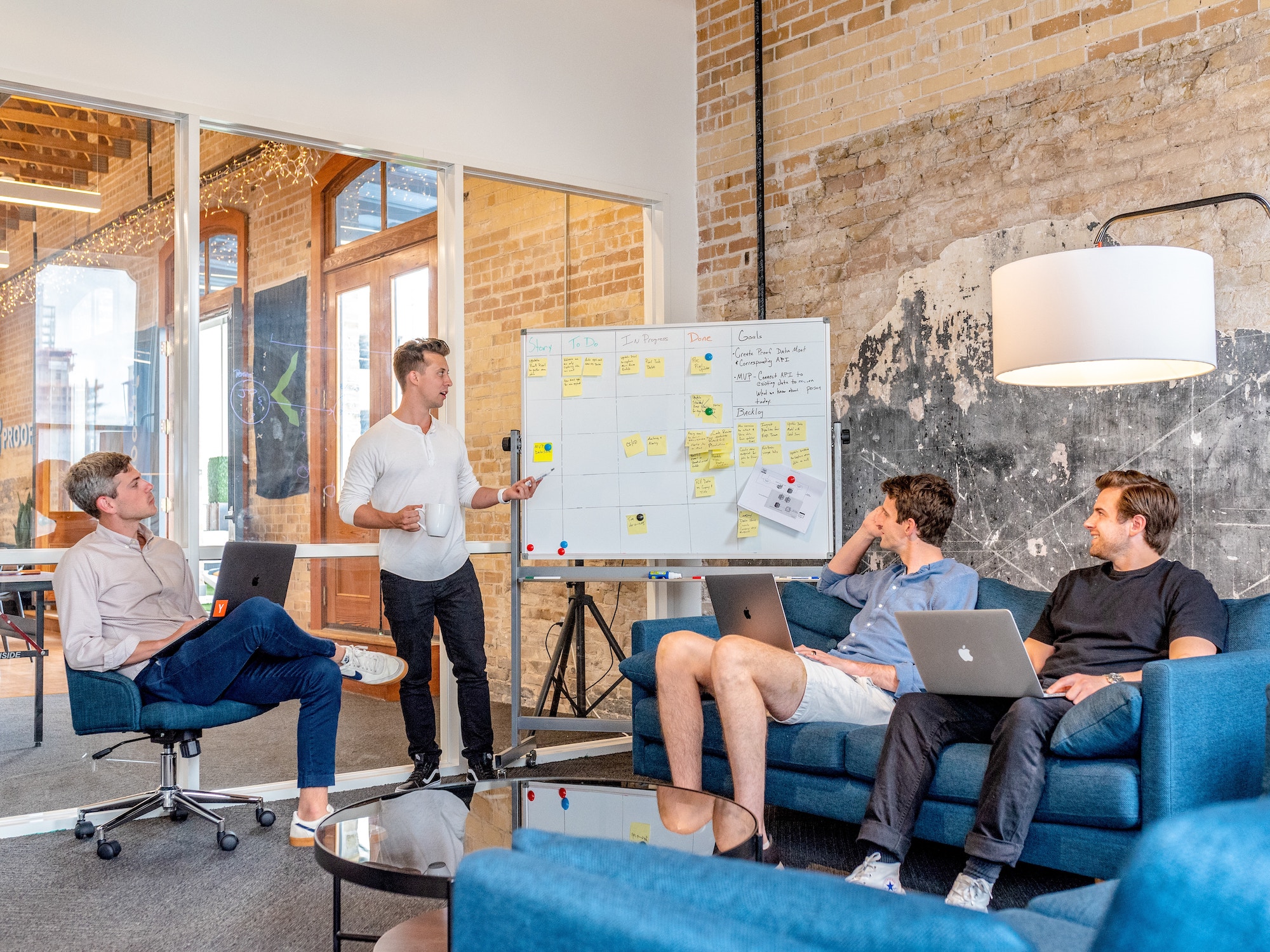 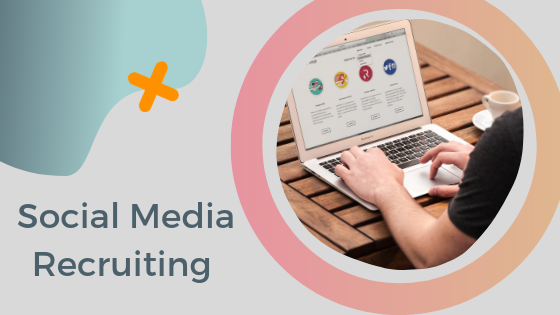 What is Social Media Recruiting?

5 Familiar Hiring Troubles, and How to Overcome Them 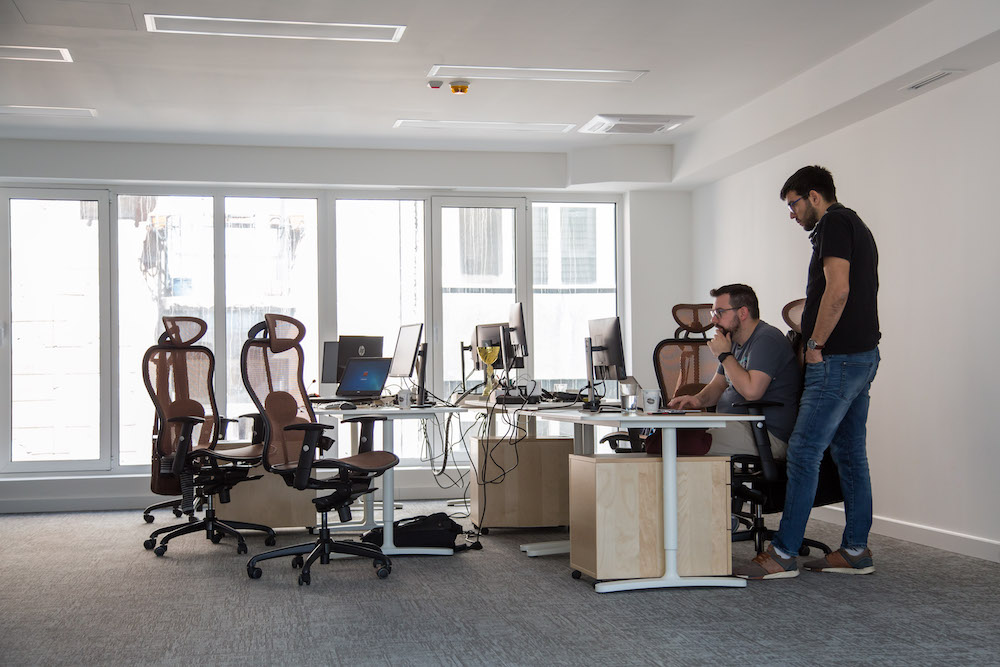 What Everybody Should Know About Recruitment Agencies 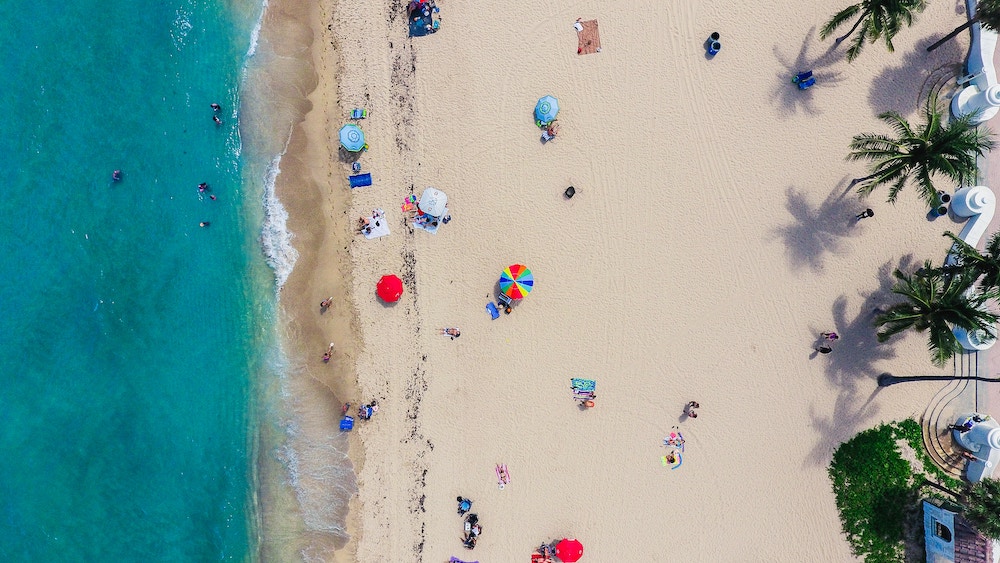 Forget Vacation Guilt: 5 strategies to rest like you deserve 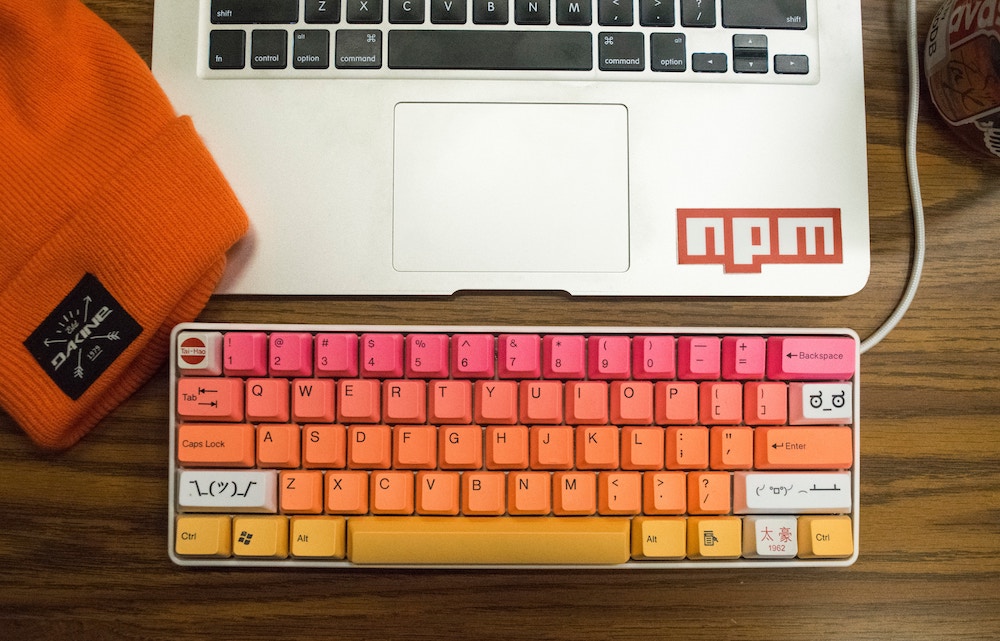 How to hire a JavaScript developer? 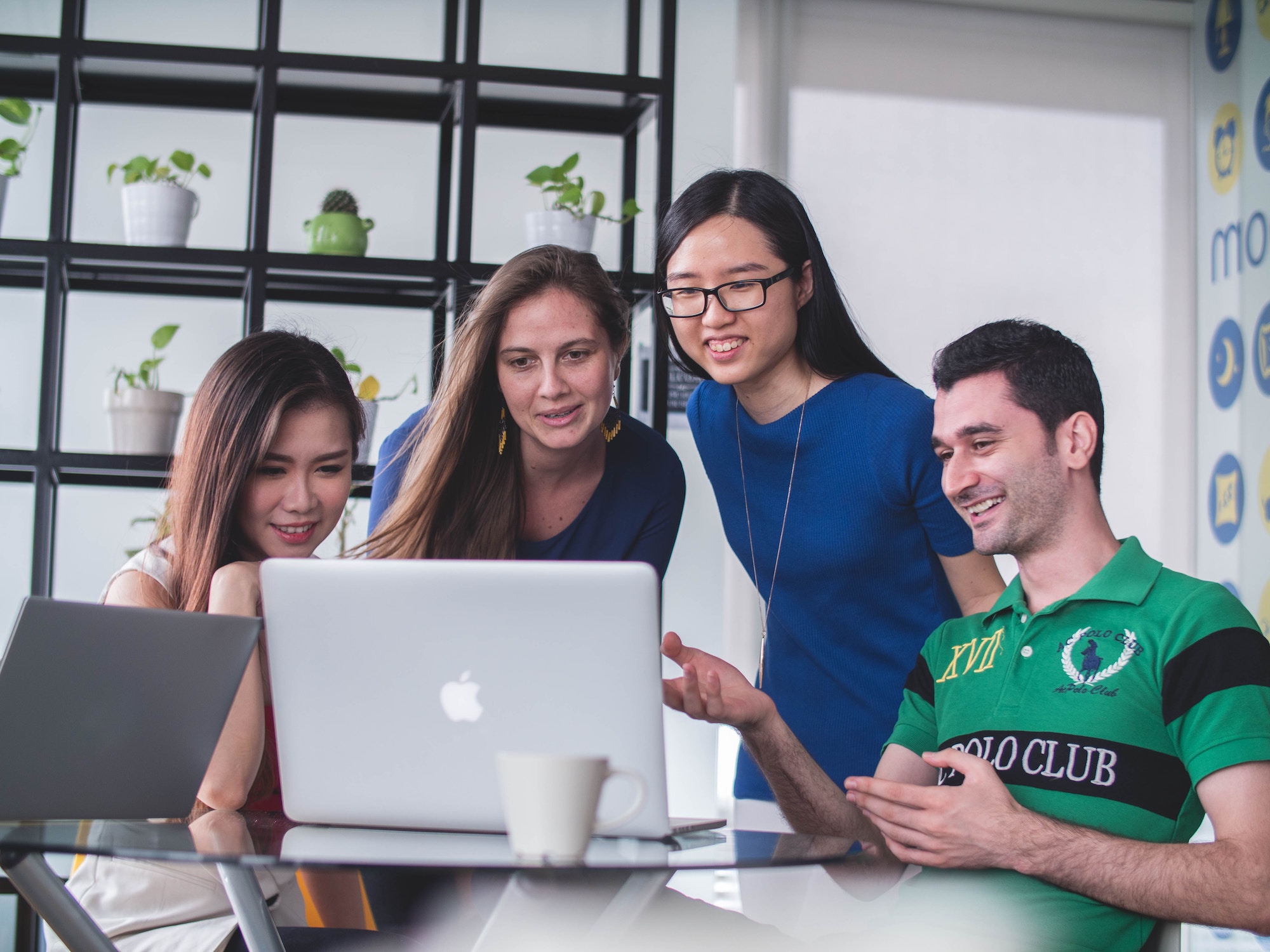 How to Reduce Bias in Technical Screening

So, You Still Don’t Have a Technical Co-Founder

Designers: Build an Instagram Portfolio You Can Be Proud Of

All Those Times Candidate Recruitment Experiences Gave Us Chills

What is Social Media Recruiting?

5 Familiar Hiring Troubles, and How to Overcome Them

What Everybody Should Know About Recruitment Agencies

Forget Vacation Guilt: 5 strategies to rest like you deserve

How to hire a JavaScript developer?

How to Reduce Bias in Technical Screening